Difference between revisions of "Alpine Linux:Trivia"

"Alpine" originally stood for A Linux Powered Integrated Network Engine. The idea was that the distribution would be focused on networking, and be a tiny "engine" or framework, which larger systems could be built upon. Today, "Alpine" is nothing more than a name.

Who is working on Alpine Linux? 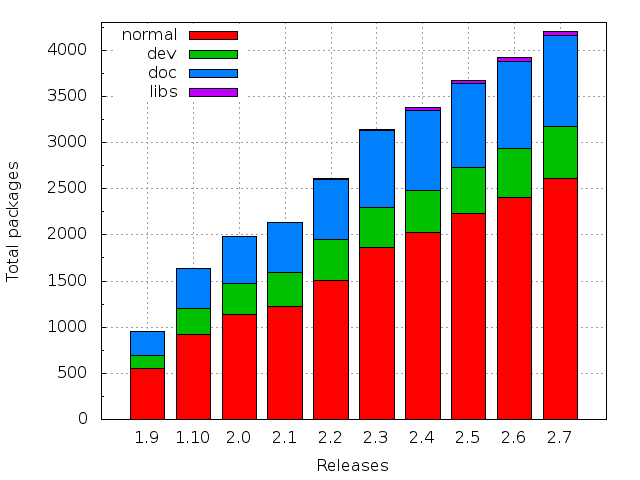 Commit per year to aports

The first commit in git was made: